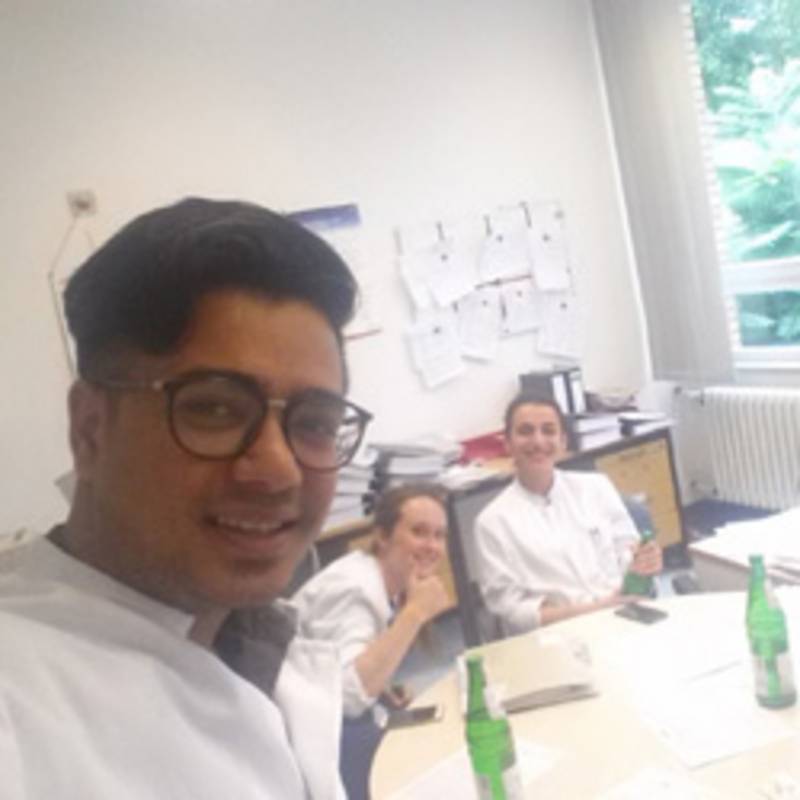 I cant even imagine how happy and excited i was at that time when i was selected for the Practice and Engage program of this year to go to Germany. For students from country like Nepal, it is a great opportunity to go to one of the developed country and do the internship. It may be easy for the students from Germany or any part of the western world to come Nepal for such exchange program or even for any other purpose but its beyond the imagination for us to go Europe, USA and other developed one and do such internship program there because we have challanges in every step of its processing.

This challange started right after i was selected . First thing i had to do was to book the interview date in the German embassy for getting visa. IPPNW had already sent all the required documents and even booked the ticket to me and thanks to them but the embassy was not giving even the appointment date to show my documents in embassy for the visa. I was so much worried and irritated by this system. Finally i got some clue and emailed all my scanned documents to the embassy twice then only i got a date  for interview. They took interview for 40 minutes and every time they were crosschecking me for the reason to go Germany in spite of all the documents in front of them. That was so miserable for me. But anyhow i feel myself lucky that overcomed all those thing and finally i was sured to go Germany three days before my booked flight when i got the visa from embassy. So i think, if possible, from next time if IPPNW itself apply for the visa process form Germany for the exchange students, then they wont have to face these kind of meaningless trouble that i faced.

After i was sured for the program, I began to dream about the scenario of the places and situations i would  face when i will be at Germany because that was my first international visit from Nepal. The last night before my flight i didnt have whole night sleep, all night i had mixed thoughts of excitness and nervousness both.  “What if i will be late for flight?, What will i do in the transit?, If no one will come to pick me up what will i do?, Will they treat me well?, Will they care for me?, I am from such small and poor country why will they bother for me and help me?” Thousands of these kind of thoughts were landing in my mind.

Next day was the day. Even it was my first flight in my life so i had many feelings at once. I was lucky for the first flight cause beside me there was a woman from US living in Nepal for more than 20 years and she taught me all thing about the flight, transit, all and she even invited me for nice turkish coffee in Instanbul transit, so thanks a lot for that beautiful woman. I am telling all these things because for us who dont have habbit to travel outside our country and taking flights, even these kind of small experiences matters a lot and leaves some good memories and we will be happy recalling these tiny things.

After i landed in Germany i felt like i am in another planet. So clean, quiet, everything in perfect system, nature preservation, sophistication what a perfect place is this! I felt like the most perfect place i imagined about is like this! After then i remembered and dreamed for my country to be like this in future, seriously i got emotional!

Duesseldorf was the city where i landed first and my 4 weeks internship was also there. The IPPNW members were there to help me there. I wanna thanks from inner core of my heart to all those fellows who helped me a lot in duesseldorf. Marlene and of course your boyfriend too, Lena, Max, David, Clara, Josie, Jacqueline, Thaer thanks a lot you are awesome. And of course my two syrian brothers Thaer and Hani you are the best person, i have no words to thank you for all the help you did for me. I even got chance to cook some Nepali food and celebrate Thaer’s birthday as well. 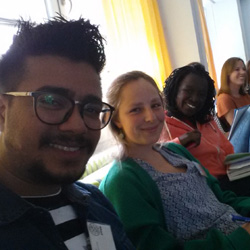 In my four weeks internship i got chance go see many new things and differences than in our country. The approach and treatment in the hospital of Germany is almost similar but new advancement in investigations like 3D radiography, research based approach, communication, discipline, respect to the patient, good hygiene and sanitation of patient doctor and hospital, medicolegal formalities, these kind of things have some differences between the two nations. I got to learn that if we are aware about even the tiny source of infection and prevent them then that also matters in the overall outcome of the hospital as well. I was also so much impressed by the way of explaining pattern of disease to the patient so humbly and with patience. If some patient have infection then whole hospital is concerned for him. What a coordination among the staffs… Really very impressive experience!

Along with doing internship in hospital i also got chance to know the city, its culture, foods, places. I got a bike from Lena and everytime after hospital i used to go to some new places, had some new foods. Just sitting on the bank of Rhine river in Duesseldorf with a bottle of beer experiences the beautiful sunset with romantic whether. Sometimes i felt like i am sitting with my girlfriend. I never felt bored on that place.

The only thing that made me bored sometime was i couldnt speak Germany language and that restricted me sometimes. Many times, i used google translator. In  the hospital as well, i couldnt communicate and take history with patient since most of them dont know other than Germany language and sometime even the health care professional dont bother to talk in English for me. So for the next exchange students, if IPPNW manages such hospitals where the health care professionals dont hesitate to talk in English language to facilitate the exchange student then that would be much effective.

With lots of unforgettable memories and new experiences i finished my four weeks Duesseldorf stay and internship program but i was still willing to stay more and i felt those 4 weeks very short. Last day we had some nice moments together had some shoppings with Max and next destination was Berlin.
“Summer school- Global Health and Climate change” was the next program for a week in berlin with totally different and new experience! Those seven days were one of the best days of my life. Berlin was totally different from Duesseldorf. Big, busy, crowd but still its the capital of the country and famous for its historical importance and also for parties, clubing and much more other things. I was with a sweet Indian friend in my place where meant to stay. He, Anees, was so friendly and helpful and innocent as well. Our summer school started the next day from the day i reached Berlin.

The summer school was more than expected and the participants there awesome. Friends from different part of the world were there and they have their own thoughts, diversity, religions, perceptions but still they were so nice that we took no time to have good relationship. The organizing team were also so much dedicated and the program was beautifully managed that i didnt find any major gaps during the week. During this summer school i got to know about different effects and consequences happining all over the world due to the climate change and the perceptions of people from all over the world for the topic. It was really a great experience. We got chance to share each others culture, belief and much more. Everyday after attending the school we used to go to some place enjoy the eve and night with sharing our thoughts, enjoying, teasing, laughing, singing, dancing. Someday to the bridge, another day to the park, next day to the bar almost all of us together. Oh! what a lovely memories we had. Me, and Anees also got chance to cook some food for all of us there and i cant express how proud i felt at that time. We did infinite of these enjoyable things within that short week. 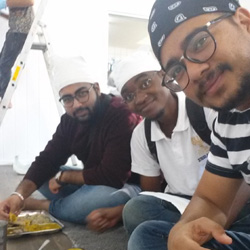 Within this short five weeks period i had learned a lot. i learned how to live alone in a totally new place with new language, new people, new culture. I learned about the difference or the gap between Nepal and Germany which can be considered as different pole in the aspect of economy, development and a lot other things. Of course i learned about difference in advancement in the field of medicine and health care between the two countries during my internship. I got to learn about the evolving issue in the world of global health, climate change from the summer school. I made many special friends all over the world and know their customs. I had many good and not good moments together which taught me many other hidden things which cant be expressed in few words. I learned to be self motivated, self confident. And last thing is i learned that people are same all over the world, but they are just driven or directed diversely by the environment where they live. They are no rich no poor, no whites no blacks, no beautiful no ugly, no talent no dumb, all it matters only by their environment.

So from my experience i can undoubtly say that these kind of bilateral exchange program helps the student like me, who had never gone out of his/her country a lot to know the outer world. Its very difficult to make such internships abroad in such developed country from our own effort due many reasons like money, country’s own burocracy during visa processing and many other reasons unlike the students from those developed countries to come in the developing countries like us. So if some international organizations like IPPNW creates such opportunities for us for such programs then we can also fly in the sky and travel in the land of other countries and get to know about them. So once again thanks a lot for IPPNW for such wonderful exchange program and for the work you are doing with your own objective as well. It would be more better if more other students also have opportunities for such internship programs to do. I also want to request IPPNW to make some other programs like this as well so that we could have some exchange programs within other IPPNW members countries as well like between Nepal and India or India and Kenya or any other along with continuation and further enhancement of this current program.

At the last i want to thanks all the IPPNW associated members who are involved in such a humanitarian work in world and want to give best of luck for accomplishing the goal for which we are heading ahead continously and also thanks to all who directly or indirectly helped me during my stay. Namaste from Nepal!!!